Top of the Pops

A reminder that this will be the last week on Substack for OGs and OFZs. My reasoning and what to expect for pricing and paywalling going forward are broken down here. I’ll begin the move to Ghost at week’s end and will aim to be up and running again around August 16 after a much needed honeymoon in Chicago. If you want to get your first 3 months’ subscription discounted at Ghost, subscribe sometime this week for the monthly plan or else the annual plan, which will rollover whenever it’s renewed — I’m still working out the logistics for how those rollovers work but will provide all of the relevant promo codes, probably via Substack or else personal email (reach me at nbtrickett@gmail.com) before launching on Ghost.

A good New York Times piece on the health costs and related effects of rising temperatures offers some important food for thought on Russia and Eurasia, generally left out of the statistical overviews in these write-ups. How will medical services handle heat stress for elderly Russians as extreme weather becomes more common and what stress effects in Russia, and globally, will come about as air conditioning and climate control in homes, workplaces, and offices becomes more important?

One study by Randazzo, De Cian, and Mistry found that households using air conditioning consume 35-42% more electricity. In late June, Russia achieved a post-Soviet record for energy consumption as a result of heatwaves — 122.68 gigawatts, beating out the 2019 record by 2.3 gigawatts. As of today, power prices at auction have reached historic highs because of the heat. Rising temperatures are triggering more demand and causing price inflation for electricity. Here’s the price in rubles per megawatt-hour:

Modernizing the power grid is an urgent priority to head off more inflation and adapt as fast as possible.

24,471 new cases and 796 deaths were recorded in the last day. Regional cases finally dropped but were offset by a rise in Moscow. The biggest announcement comes from Putin — he wants vaccinations sped up so that 80% of Russians are vaccinated by November 1. Health minister Mikhail Murashko has noted the infection rates have dropped, but his own figures cite 890,000 Russians currently infected — that’s twice the level reported by the Operational Staff data. At the same time, the ministry dismissed the 29 million infections figure as “fantasy.” If that’s the case, there’s no coherent cause to believe herd immunity can be achieved without vaccinations, so. you get Putin’s call to mobilize. The dissonance between the Operational Staff and MinZdrav suggests stunning degree of internal incoherence, and also highlights how the narratives the regime has deployed at various points to please the public fold in on themselves. Older assertions that collective immunity could be achieved with infections imply cases are much higher than reported, but when cases reported rise, then you highlight the failure of vaccinations and so on. But apparently 17 regions are close to reaching 60% collective immunity according to an interview given by Tatiana Golikova. The significance of that figure is unclear, but hey, it’s happening. Oh, and even better, Brazil’s “gamma” variant has now been found in Russia. At least the caseload seems its still on a stagnant trajectory, even if total cases are twice as high as the Operational Staff wants you to believe.

The Fire This Time

We aren’t out of the woods yet from COVID by any stretch. Caseloads outside of developed markets with higher vaccine penetration rates continue to climb and we see new variants every other week, it feels like. Coming out of COVID, there are scores of as yet unanswered or else too infrequently asked questions about what global growth looks like that will shape a fair bit of the policy options Russia and other Eurasian states have available in the years to come. I don’t necessarily agree with his causal explanations, but I’m always happy to see Robin Brooks raising the point that emerging markets face a problem now similar, though not identical, to the taper tantrum crisis of 2013. His major point recently is the structural issue of emerging market growth and the link between monetary instability and attempts to stimulate domestic demand:

As we can see, growth has structurally declined since 2010 for emerging markets as the cumulative effects of European austerity, China’s domestic imbalances, unnecessary slack in the US economy, and political and monetary restraints on emerging markets’ economic policies took their tool. Russia’s in an even more fickle position since positive growth is still a function of commodity prices despite its efforts to diversify. US stimulus can drive growth in the year or 3 ahead if Biden actually pulls it off, but that’ll primarily result in US consumption lifting up foreign exporters and commodity demand rather than rebalancing. Rebalancing requires all of the world’s largest economies to take on the entrenched political coalitions that benefited from older development models we can visibly see no longer produce the same levels of growth. We tend to link these imbalances in an American or European context to deindustrialization and the financialization of economies, yet neither provide us particularly useful prisms for analysis when considering the global economy as a closed system:

Deindustrialization and financialization are more about the changing geography of where things are made than the number of factories and factory jobs, though this will also change in the years ahead depending on advances in automation, protectionist policies aligning with the climate agenda, or else the potential for as yet unseen radical transformations of political economy as a result of conflict and climate catastrophe. Crucially, Russia and former Soviet states in Eurasia skipped out on the process entirely. Most endured some level of deindustrialization after the collapse of the USSR for a variety of reasons: the loss of planning within one market crushed demand and shattered supply chain stability, monetary pressures made commodity exports more attractive, institutions were rapidly deformed and reformed depending on which political interest groups were most powerful during the transition, and industries had never faced true import competition before or operated in countries with fully or partially liberalized capital accounts. The “lost 90s” from 1991-1998 wiped out crucial time to get involved in these processes even as western firms tried to open up capacity in Russia to serve Russian consumers, often making use of Soviet-era plant that had been privatized and repurposed rather than built anew. We can also see how long-term effects of specialization within the global economy tend to reinforce underlying specializations among less developed/developing economies. This from new work put out by Isabella Weber at al:

The global economy was in need of rebalancing pre-COVID, especially if large developmental gains are to be made at the global level. But COVID, like the last financial crisis, has reinforced divides and relative levels of specialization for states trying to manage foreign-currency debt burdens. Russia’s a peculiar case because the decisive shift in its underlying political economy was to ride the simplification of its economy in the 2000s to achieve political and monetary stability and sovereignty only to then flip a switch having joined the WTO in 2012 to utilize its commodity exports as a driver to finance import substitution for more advanced goods. Lots of developing economies have historically used forms of protectionism to climb the value ladder. None to my knowledge attempted to do so with an economy trapped in stagnation, not just lower growth, because of their own policy choices with a weakening domestic demand base and geopolitical pretensions to challenge the strongest structural power in the international system. All happy export-led success stories are similar, Russia’s failures are its own. But I think it’s important to contextualize its stagnation as part of a broader process in which the inequality between developed and developing states as well as domestically within both poses serious problems for commodity-export growth, problems that a green boom will alter considerably as demand growth for metals and minerals and goods rises to replace existing stock as often as to “grow” output capacity or consumption. Where does that leave emerging markets? In trouble unless more is done to help them expand domestic demand, something Russia’s fantastic at weakening in the furtherance of frequently short-sighted political goals.

Like what you read? Pass it around to your friends! If anyone you know is a student or professor and is interested, hit me up at @ntrickett16 on Twitter or email me at nbtrickett@gmail.com and I’ll forward a link for an academic discount (edu accounts only!).

All over but the shouting

Stumbles around a US withdrawal from Iraq point to strategy wins and losses
Jul 20, 2021
14 min read
Jul
19

OPEC on the cheek 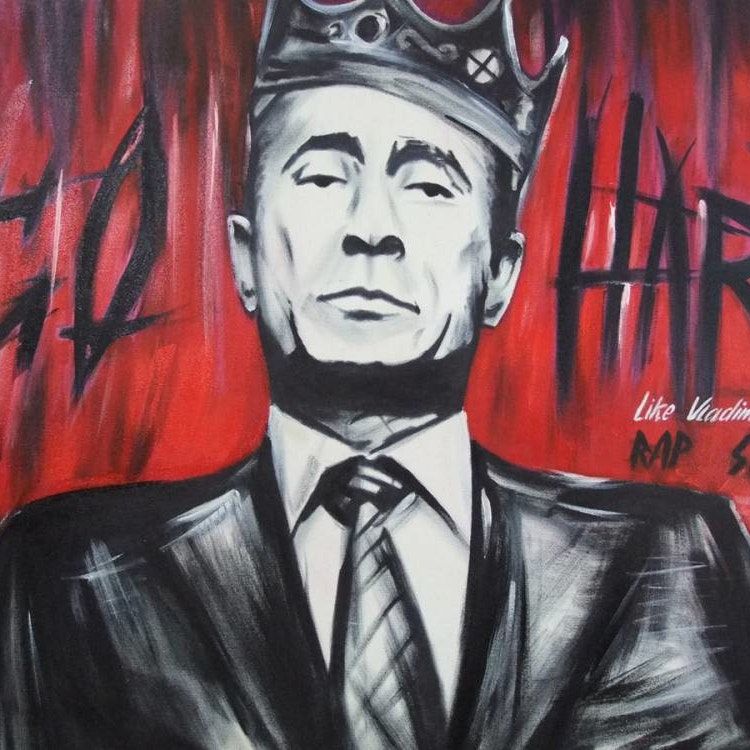